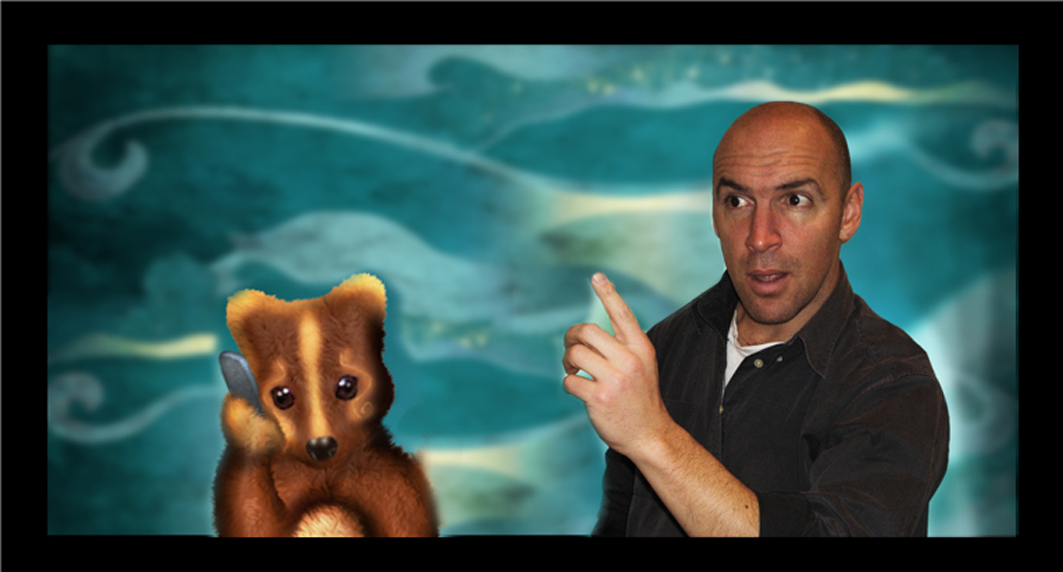 Part 2 of my interview with Mr Author

If you’ll recall, I was impressing Kenton with my Twitter speak, tossing around IMHO’s and LOL’s.
Even though he turns the conversation back to my cloud forest at this point, I could tell he was thinking what a hip a tree kangaroo I am.
Read on…

K – Anyway, tell me, in your story you meet dugongs and birds-of-paradise and sea turtles and other animals. Do you see these animals much?

W – Oh, yes. Them and so many more. If you tried to include every animal I’ve seen in the cloud forest, your story would be a hundred pages long! I’ve seen big blue bugs covering an entire branch. A cuscus crawled past me when I was falling asleep one night. He was as white as a polar bear. There are bats and more bats eating a hundred types of fruit during the day and a million types of insect at night. And the biggest dinosaurs you’ll see anywhere!

K – Well, I knew your forest was remote. You just never know.

W – I’ll tell you if I see a dinosaur. I am prone to exaggeration though.

K – You say you’re a very rare tree kangaroo. Should I be worried about your species?

W – That’s hard to say. We’re very good at hiding you see. So just because you can’t find us, doesn’t mean we’re not there watching you. And these days not many people eat us.

W – Oh, yes. There’s no McDonald’s or KFC where I come from. Most people eat what they can catch and apparently we tree kangaroos taste pretty good.

W – But it’s much better today. The same people who used to eat us, now study us and try to look after us. So that’s a good thing. But there are still some people who want to cut down our forest or hunt us for the fun of it. You have to be careful.

K – Why would anybody hunt you just for the fun of it? I mean if they weren’t hungry?

W – It’s a dreadful thing. I had an uncle and one day he never came home. We spent days looking for him and we asked all the other animals in the forest. Eventually a cassowary told us what had happened. He said some hunters had come and shot my uncle. They left him where he fell out of his tree. And that was that. You can’t normally trust cassowaries too much, but there you go.

W – His wife was very upset.

K – Does that still happen today to tree kangaroos?

W – Not so much. Like I said, today some of the people who used to hunt us look after us. I much prefer that.

K – Me too. Well, thanks for the interview Widodo. I’m sure lots of kids will love hearing more about you.

W – Mine’s an interesting life, I think you’ll agree. And remember, I’m always keen to answer questions. Anyone can send them via Twitter. I’ll reply from the cloud forest.